The additive manufacturing and 3D printing industry is not short on money. Since early June, we’ve stumbled across five new investments that total more than $260 million. For example, French investment bank Bpifrance announced that it is investing €45+ million over the next five years in an initiative to develop advanced processes in the country’s AM industry. The government of the Netherlands said that it will invest €134 million into research projects focused on AM. 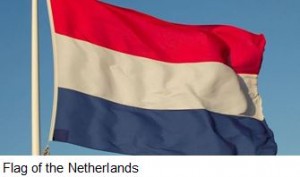 In late June, it was announced that Norway’s Norsk Titanium secured $25 million in a round of funding to help expand operations. The investment follows the inclusion of $125 million in the 2016 New York State budget to support the development of Norsk Titanium’s Plattsburgh, New York factory. In early July, Desktop Metal stated that it had received commitments for investments from GE Ventures and Saudi Aramco Energy Ventures. Little is known publicly about the company’s technology, but the company has secured a total of $52 million from investors thus far. About a month later, Formlabs said that it had raised $35 million, with Autodesk being one of the investors.

Much of the $260+ million spans multiple years and represents a significant amount of money in just two months of announcements from five organizations. It is possible, even likely, that many additional large investments have occurred recently, but have been kept private. This activity is stimulating, especially given that we did not see anything like it many years ago. What’s more, I have every reason to believe that it will continue, especially given the insight we are receiving from our client companies, many representing some of the largest brands in the world. It is an exciting time to be a part of this industry.