In 1983, I called Autodesk and the vice president of marketing and sales answered the phone. I was employed by Colorado State University at the time. I requested free use of AutoCAD version 1.3 in a 500-level CAD course I was planning to conduct later that year. He said, “Yes” and provided the software. It turned out to be what we believe was the first university credit course on the subject worldwide.

Autodesk was launched a year earlier, so the company was small. Even so, it was vibrant, progressive, and gaining attention and traction. The IBM PC was introduced in 1981, so the software and hardware combination offered a new platform to millions that could not otherwise afford or justify CAD. I recall people saying that AutoCAD offered 60% of the capabilities of “conventional” CAD at one-tenth the price.

In 1984, I had the privilege of meeting Autodesk founder John Walkerhere in Fort Collins, Colorado. He attended our first International Forum on Micro-based CAD. We had one international guest, but we later found out he was from Iowa working as a theater set designer at the Malmö Stadseater theater in Sweden. The forum continued for five consecutive years, with the fourth and fifth events in North Carolina and England. I credit Autodesk as the main sponsor for helping us get it off the ground. 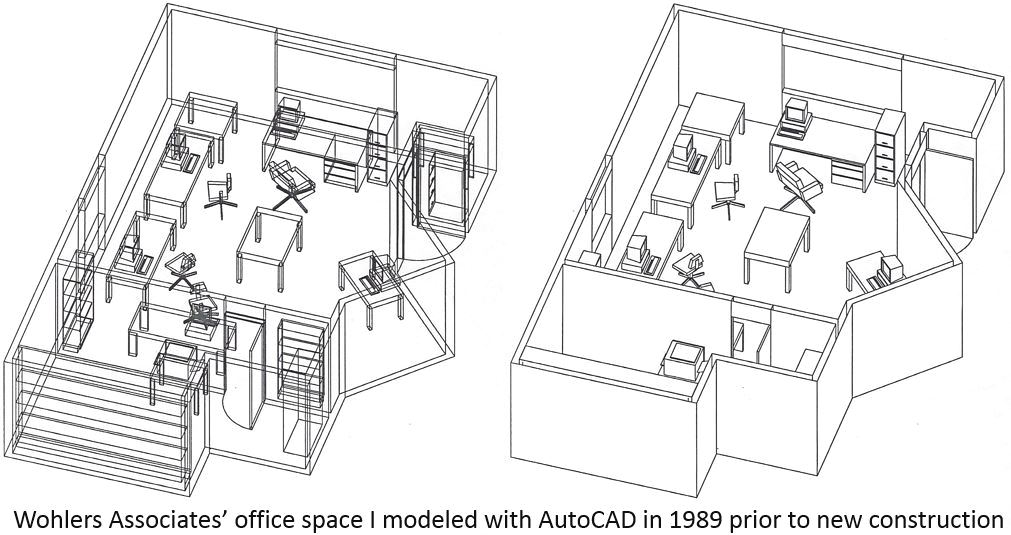 In the 1980s and well in to the 90s, Autodesk did not receive the respect some of us felt it deserved. Many clung to the idea of needing to invest in expensive hardware and software to get “real” CAD. Options back then were from the likes of Auto-trol, CADAM, Calma, Computervision, Intergraph, and Tektronix. Eventually, most of these companies did not survive the assault brought on by Autodesk and others offering less expensive alternatives. With Moore’s Law at work, CAD on a PC became more powerful at an exponential rate. As a result, companies offering the more expensive systems went out of business or morphed into something else.

Fast-forward 35+ years. At nearly $3.3 billion in fiscal 2020, Autodesk’s has risen to unthinkable heights. It the largest 3D modeling software company in the world, according to Autodesk. The company offers 140 products, including software for additive manufacturing and 3D printing. I certainly would not have guessed the company would become so incredibly successful, although some of us could tell it was doing something special back in the 1980s. A few things needed to line up for real change to occur. This is one case in which many elements came together and provided a new price-to-performance ratio that brought significant benefits to millions of designers and engineers worldwide. Similar benefits developed many years later when designers and engineers gained access to affordable 3D printing.

Center of Excellence is Driving Innovation