Growth in AM Patent Applications

By Ray Huff and Terry Wohlers

Note: John Hornick of Finnegan collected and assembled the data for the chart. 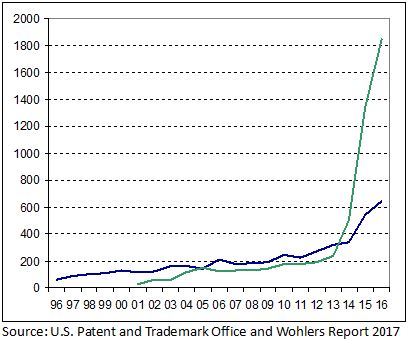 In recent years, several AM foundation patents have expired. As these AM technologies mature, and new players enter the market, companies are pressured to differentiate their offerings. Filing a patent can be time-consuming and costly, and it can take years for a patent to be granted. This makes the number of patent applications a good way to take the “pulse” of a particular industry. The AM industry has a strong one.